Zombies vs. Humans: Materialism or Immaterialism

In a response to a nagging question I had about how object-oriented thought handles the particle physics notion of the Standard Model – that is, the most fundamental particles of physical reality – Levi, over at LavalSubjects, states:

I think the answer to this question lies in the point that OOO is not a materialism but a realism. Within my onticology, the sole criteria for existing is the production of differences. These differences need not be physical differences. In this respect, OOO is a slutty ontology or a promiscuous ontology, as it affirms the existence of a wide variety of objects, not all of which are physical. It might very well turn out that there are smallest possible particles within physics (it's an empirical question, not a question that can be answered a priori), but since the real is not exhausted by the material such a discovery would not undermine the infinite decomposibility of being.

Digging its way up from my thoughts, the zombie seems to become of interest once again. One of the largest complaints against the zombie was that it presented the human as mindless, when clearly we are not. However, let's suppose a world 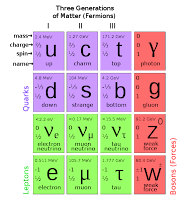 propagated only with such beings – that is, a world with only zombies (no "humans"). Zombies, as I originally posted on, become troubling for the object-oriented philosopher because they are humans without "humanity." That is, the zombie exists without language, creativity, and the ability to fantasize. They are merely physical beings without thought.

In such a world, ontology would be swallowed up by science, for there would be no need to discuss anything other than the material world. There would only need to be the Standard Model of particle physics to describe the world and the beings that make up the world. Yet, as the object-oriented philosopher (and any rational mind, for that matter) would point out with enthusiastic objection, we do not live in such a world. We not only live in a world with people, pets, and playgrounds. But we live with pirates, politics, and Harry Potter. Our world is one of material and immaterial existence. A world object-oriented thought wishes to understand.